This will be the last blog-post about Manuel at Akita Unleashed. As you can read 2016 was “hell” and in order to write about it I had to read through his medical journal. It brought up a lot of pain but reading it again has also been an important part of my grieving process.

SA does not define our memories of Manuel

As Manuel’s blog on AU focuses on SA it might seem that Manuel’s life was dominated by sadness, pain and grief – it was not. The majority was a life marked by a wonderful relation with the most wonderful, intelligent four-legged mental guru.

I would not change that experience for the world! I am so grateful that it was Manuel that came into our lives.If you want to know more about Manuel’s everyday-life the button below takes you to a FB-album that I now had made public.

Once we had taken the decision to end Manuel’s life I called our vet. at Malmö animal hospital to inform them of that we would not come back for check-up’s, and to thank them for all their efforts. The vet. asked if we would consider ending his life at the animal hospital since they wanted to send his kidneys for autopsy and research. They thought he was a medical miracle as his kidneys actually got better! Even if I would have liked to take part of the result, we declined, as we knew Manuel would hate coming there – and we did not want him to have that experience.

Not a “normal” kidney failure

All the medical tests showed that Manuel’s kidney failure did not occur based on “common” causes like:

It is very clear that Manuel’s kidney values improved – after I removed Atopica (and all other medication that the kidneys would have had to deal with). In addition to that I worked very hard on boosting his immune defense via the diet.

A kind of tumour “never” seen on dogs

He also got this tumour in his spleen, that they never had seen in dogs before.

I will never use Atopica again

Looking back, I would have stopped using Atopica much earlier. Actually I would not have started using it at all!

A majority of Manuel’s health issues after he got SA – are clearly caused by Atopica. In additon to that it created an unsustainable situation:

Sebaceous Adenitis (SA) is not anything a dog (today) can be cured from. It is all about making life easier for the dog – here it made it honeslty – much harder.

The vets. did not know about these side-effects

Well now they know, at Malmö animal hospital. However, these side effects are well documented on humans.

Why aren’t so many side effects (yet) documented on dogs?

If you still choose Atopica (Cyclosporine) Then please at least do this!!!

If you have chosen to spend the money that Atopica cost, you have already decided to spend a lot of money. Then I urge you to also spend some money on regular check-ups on blood values and urine – AT LEAST for kidney status – so you do not get a total failure as a complete suprise one day.

Do not forget what Cyclosporine does

Cyclosporine belongs to a group of medicines called immunosuppressants. These drugs are used to suppress the body’s immune reactions – in hope of that it gives a good result on that part of the immune system that attacks the Sebaceous Glands. However, it is not that fine-tuned, so it also affects other parts of the immune defense system. E.g. the part that takes care of threats like tumours.

Then think about this: 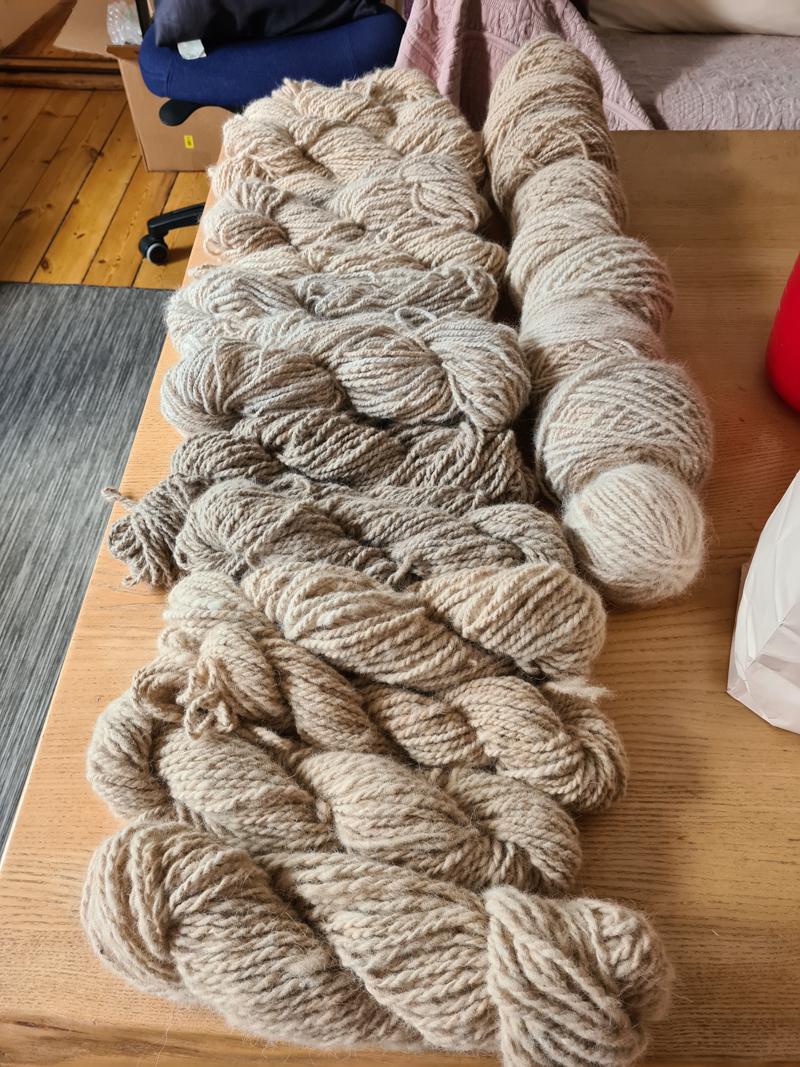 Living with SA, dying of age

It was not SA, that took Manuel’s life.

Of course one can speculate on how SA and the side-effects of Atopica shortened his life but still he reached a “normal” age. No, in the end it was problems I have seen before, related to age that made us take the decision.

Having prioritised his needs –  for years, made our grieving process very hard. It has gone two years today and I still feel like I am missing a part of my body.

However, I can still  sense him in my daily life. In the car, in the kitchen – everywhere.

Always in our hearts

Manuel’s ashes are placed in a box, and the box is in our office. I can look at it now as writing this text. In the future I might take some as for a cremation jewelry or memorial glass. However, when I got the yarn that a friend has spun from Manuel’s wool (I started to save wool already when he was a puppy) – it felt like Manuel really was home now.

It took months before we put away his dog bed and for a long long time we could not even think about letting a new dog into our hearts. I know we handle grief in different ways, and that is fine. You should do what feels best for you.

To us, it was impossible to let somebody new in. It would not be fair to any new family member.