Why inocorrect treatment could be fatal! 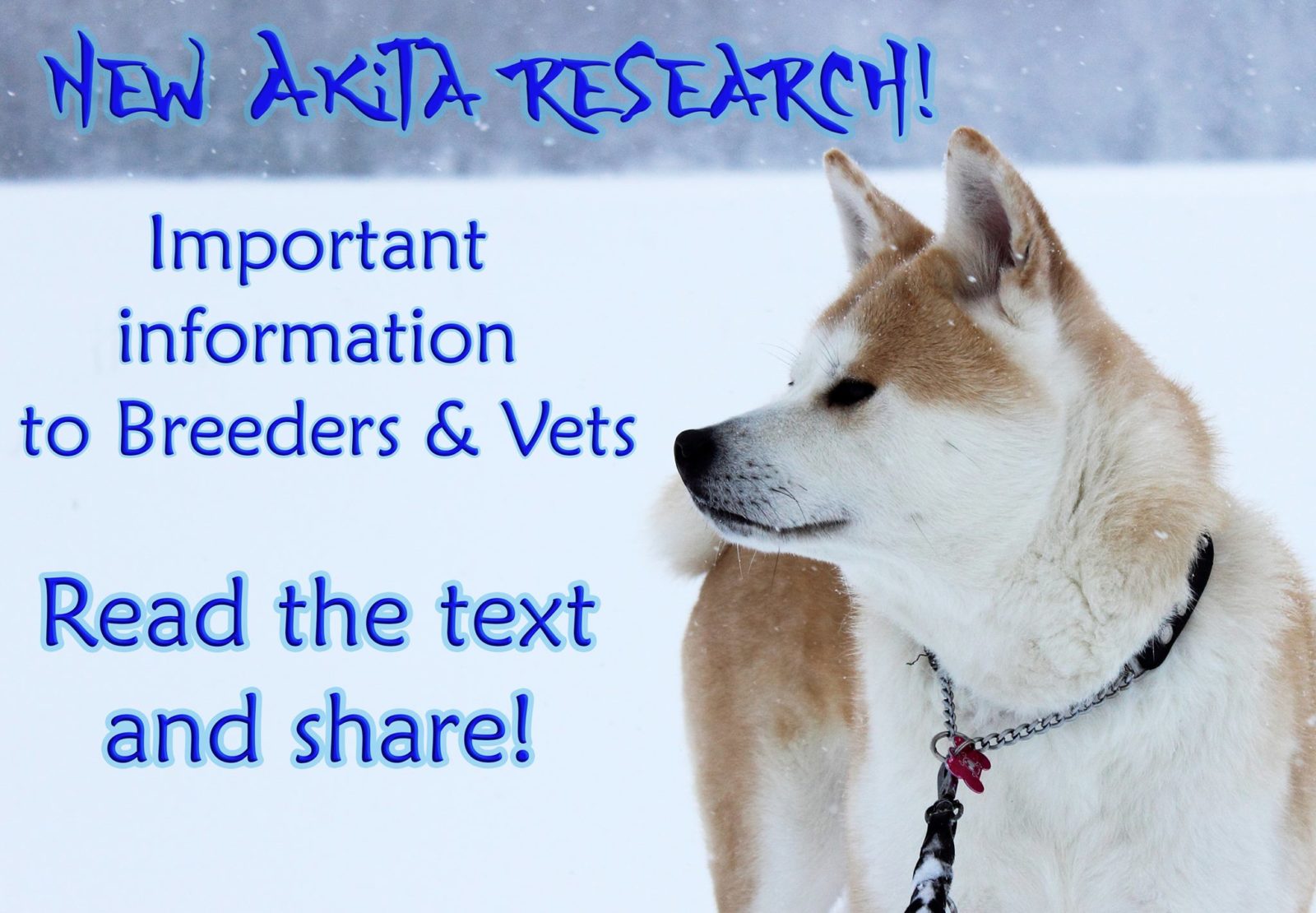 Recently there was a veterinary journal article about three Akitas with a persistent macrothrombocytopenia.

Laboratory findings of this condition are:

These dogs with low platelet count can be confused with dogs who have thrombocytopenia with bleeding disorders.

The three Akitas had symptoms of macrothrombocytopenia.

In some breeds like Cavalier King Charles Spaniel this is caused by a mutation in the beta-1 tubulin gene and it is an autosomal recessive trait. These three Akitas were negative for this gene mutation, so it seems some other gene mutation is responsible for this condition in Akitas and the inheritance method is still unknown.

Participate in the research

There is ongoing research about this issue by Dr P.W. Christopherson at Auburn University. At the moment Akitas with these laboratory findings in USA can participate by sending Dr Christopherson one tube EDTA (purple top) blood and some well-made blood smear slides. No ice packs are needed; it just needs to be packed so that the tube and the slides don’t break. Dr Christopherson is currently researching what forms might be needed to send samples by mail from other countries so they clear customs. We will post updates soon as we know more.

Samples can be sent to this address:

The publishing of this article as well as the picture on the Akita Unleashed web-site is approved by the FB-group – Akita Health & Genetic.