On this date I also started the Rampak Oil treatment

Here you will see some pictures taken after 1st mineral oil treatment recommended by Akita web site and my vet at Neels vet Hospital in OKC. These picture were taken while she had the mineral oil on. 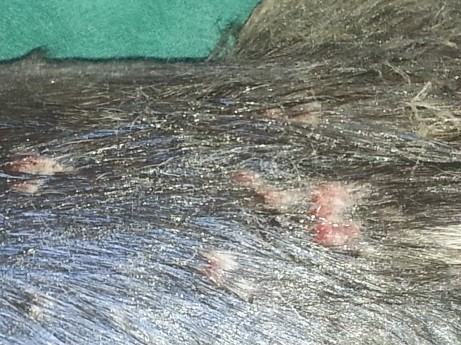 top of back with oil 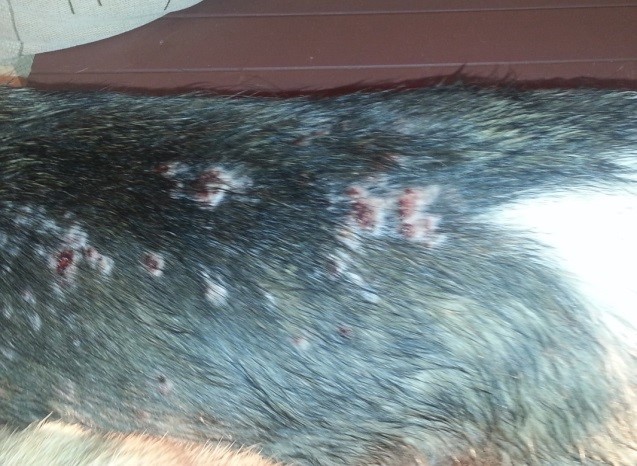 top of back after washed oil off 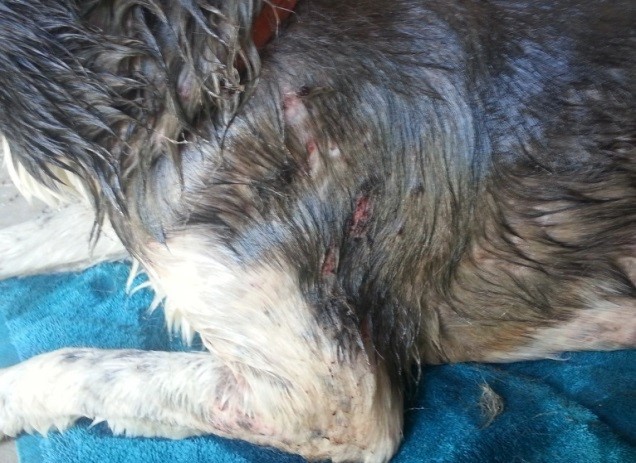 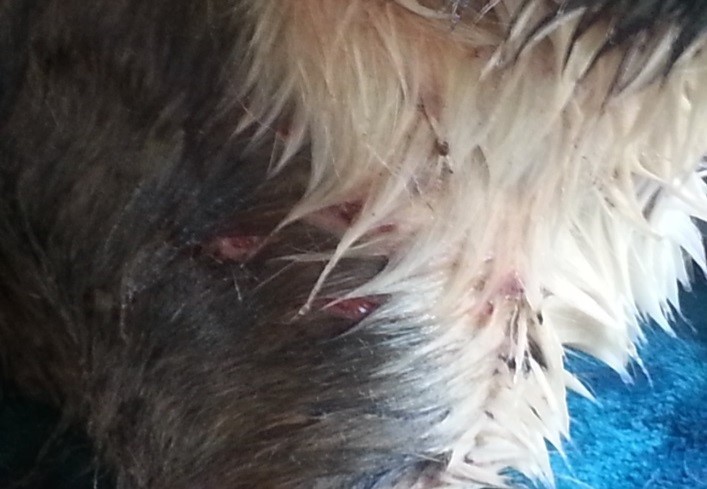 right side with oil 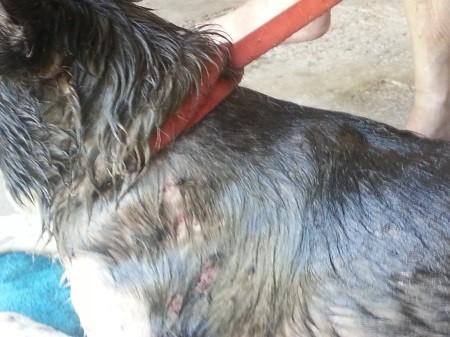 left side with oil 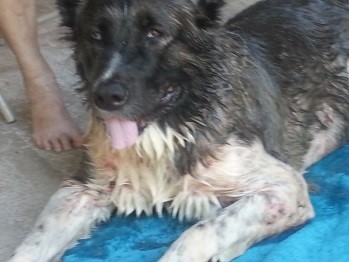 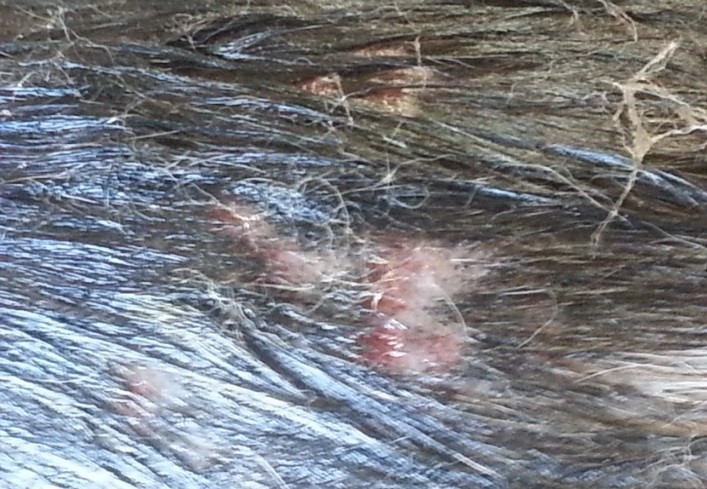 It was tough; my baby had never had a bath before, so she was terrified, I think I got more oil over me than her. We left it on for 2 hours then washed it off.  There was so much hair and scabs that came off I never realized how many sores she had until I got her covered with the oil. My Poor baby, I used the flea comb every time I combed through, hugs lumps of hair and hair follicles  came out, I could not stop crying, I did not let her see me though. After I washed her with the shampoo I used puppy training pads to her dry, and then gently padded her with a towel. After the ordeal many treats were given.

I put sheets and towels down so as not to get the oil on the carpet. I kept her in a bedroom with a family member with her at all times. She got exhausted.

I was not sure if it was my imagination but I could see a difference, her skin felt softer and as soon as she dried off I could see the sores had already dried up some. I think I left a little too much oil on her but I was afraid I was hurting her.

A devoted animal advocate and Vegan volunteering at a Dog Rescue. I’m married, also living with Akita Biggan (male) Akita Akaya (girl), parrot Sunny. I’m originally from England but have lived in America for over 34 years. I was heartbroken when Akaya was diagnosed with SA.I thought I was going to lose her until I came across the Akita Unleashed website, and the stories gave me so much hope I just jumped right on it did not waist a day. I got everything that the owners suggested and got to work because, I was told by many that there was no cure the best and most humane thing would be to put her out of her misery. But she's my baby. No that's not in her or my plan for life. I was going to make my baby better just as the stories showed me. This is a life commitment to her from me that she will have a happy healthy life until she becomes an old lady with me. I know there is a possibility of breakouts but I truly believe if I continue to bath her and give her medications, the possibilities are far less. You have to stay on it forever. Never slake... this is part of our life now.