An Akita with just a “bad temper”

Baïky is my Akita Inu dog. I adopted him in 2010. He was 4 years old. Now, he is 8.
When he was young, he was so thin that his first owners were worried about him. Their veterinary did not understand why he was so thin. Baïky was given up in 2010 because of many damages he did in their house and because he developed an aggressive behavior towards the children. His owners had two very young children and they worried about their safety. They could not keep him anymore and they gave him to Akita Home – a French association.

When he arrived in the association, Baïky weighed 19 kg. Akita Home did not have kennels at this moment and only worked thanks to temporary families.

Quickly, his temporary family confirmed that he had a strange behaviour (he crossed a glass window, broke a garage door…). Then they gave him antidepressants.

Two months later, the veterinary diagnosed  hypothyroidism thanks to blood-tests. Indeed, this disease pulls behavioral changes. Now Baïky will have to take medicine (Levothyroxine).
When I adopted him, I knew his past, his disease…

But in December 2013, hope come back – I read a study of a french specialist veterinary (Dr Valérie Dramard) that some dogs don’t tolerate the generical medicine/generics (Levothyroxine), which would be less efficient than the Levothyrox medicine.

So I will test Levothyrox. Maybe my dog would be beautiful again ! 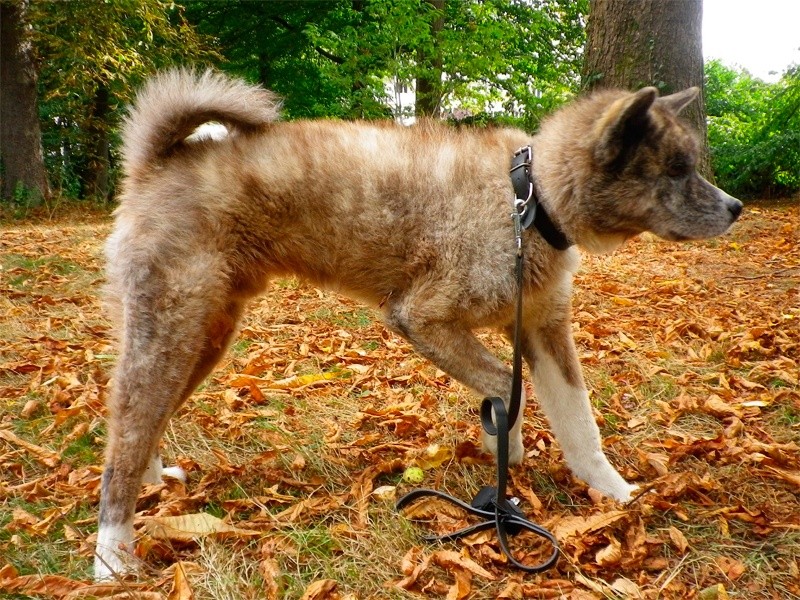 Baïky after 18 months of treatment (look at the Alopecia on the tail and thighs and how he thin he is!!!).

I am 27 years old. I am Baïky's owner. He's an Akita inu dog. I help a french association, named Akita Home, as a temporary family for abandoned akita dogs.