How SA affects his ears

← A new SA-spot, & stomach is OK First spring-shedding with SA →

Before SA – no ear issues at all

Manuel has never ever had any issues what so ever his ears, not even when bathing. His ears have alway been highly functional.

I missed out on the very first SA-sign

I feel ashamed as I did not react more spring 2012 when I found out that his external ear/ear lap was greasy and thereof also dirty. This was the first “attack” on the glands in the ears which made the glands over-produce sebum. It was like their “last fight” that later on  resulted in dead glands and very very  dry ears.

What kind of problems does lack of balance and a dryness cause?

Well there is no grease to transport any dust  – “up and out” from the ear. This results in a dry itchy and dirty ear. Of course one can clean the external ear/ear lap with oil with a great result, but the real problem is the inner ear/ear canal where you not should be poking around.

I use my finger covered in cotton wool and has made that a “rule” as how far down I can go. Now I have small fingers, but still.

So far the excess oil has been enough to keep the ear canal in an acceptable condition.

Today I had to decide to use an ear cleanser. I just had to help him as he has been rubbing the side of his head against our legs clearly showing it is uncomfortable and dry inside the ears. This way I could get some cleansing in the ear canal without poking around. 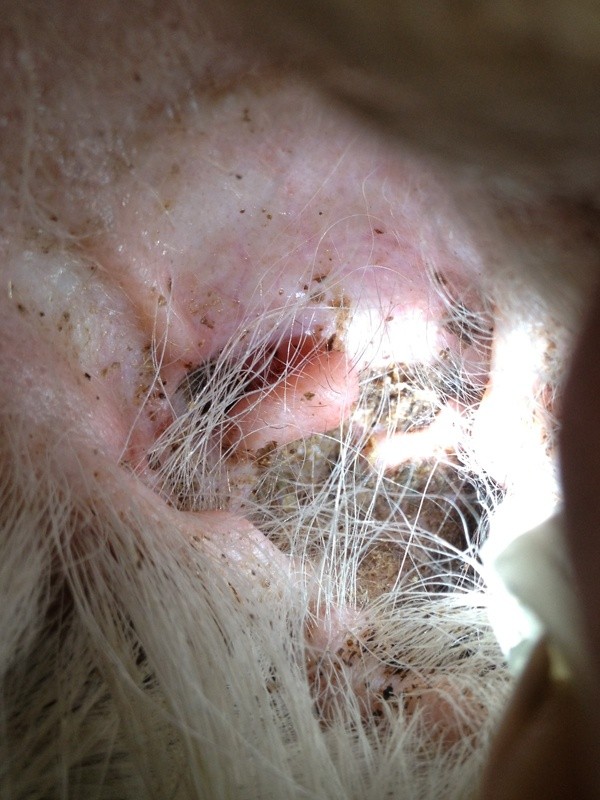 The lack of sebum/grease makes it hard for the ear to get rid of dirt and dust. 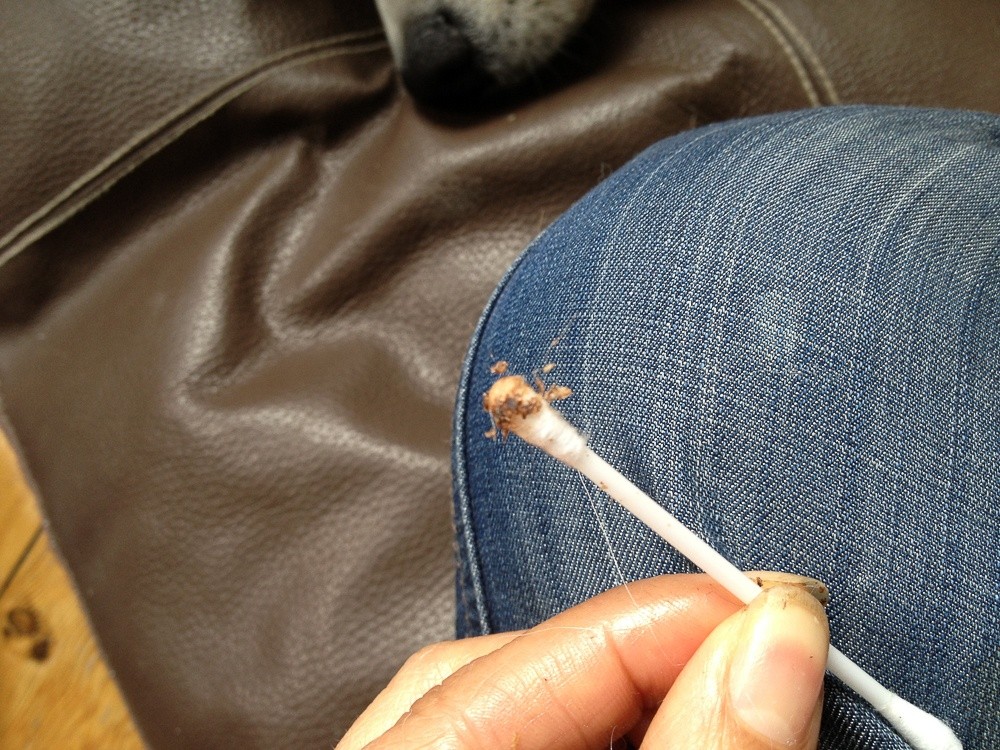 ← A new SA-spot, & stomach is OK First spring-shedding with SA →