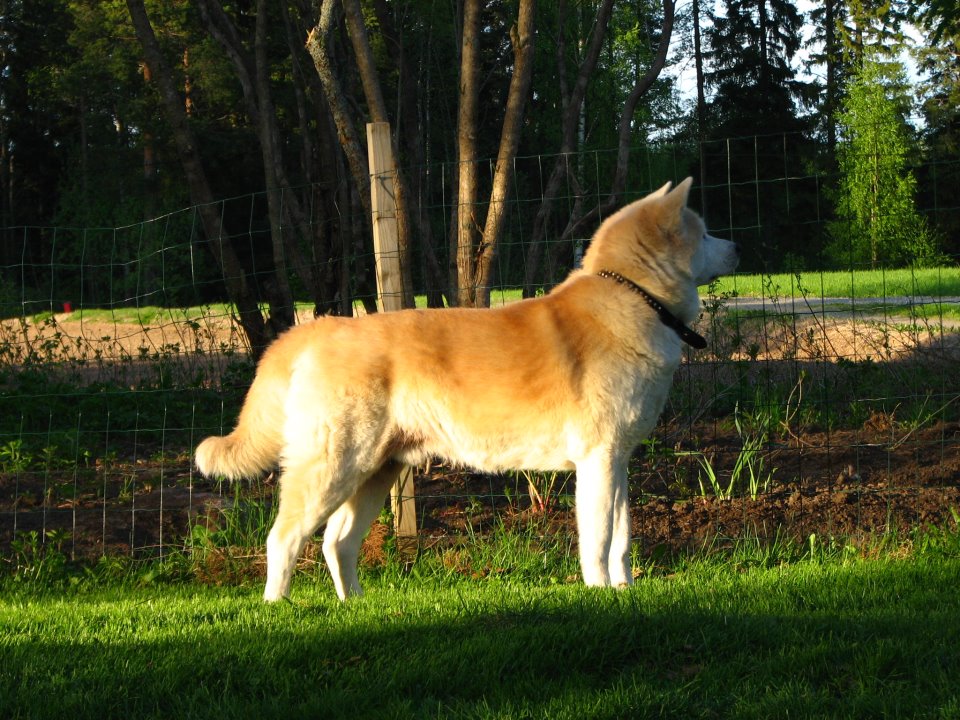 Raj’s first symptoms started at summer 2004 when he started to bite and lick his front legs and groin. First it was diagnosed as slight infection and symptoms were gone at the autumn Most likely his homechange started these symptoms. Raj came to me just before his 4th birthday at January 2004. It started again at summer 2005 and symptoms were much worse. First vet started treatment with cortison and antibiotics. At the start it went better but eventually the cortison made his skin infection to multiply all over his body. That year we also moved to different city because my studies and this might have made the symptoms worse, because the stress. Had new vet diagnose him and we stopped using cortison and started to treat his skin infections. When the skin started to heal, he lost almost all his fur and looked really bad. But in short time he had full fur back when the skin started to heal and winter came. Symptoms started again at summer but we keep those in control by washing him but at autumn it was bad again. So we treated the skin infections healthy (only in groins and his ears this time) and took the allergytests. There we clearly saw that he is really allergic to molds and mites. After that we started allergy desensitization what worked really well in time. We were on that about two years and he get shot once a month.

He still get symptoms at summer but those are not that severe what those used to be. Now he is 13 years old. He was diagnosed with renal insufficiency. Cause is most likely old age. With diet he is doing fine and is still cheery old man.

Responsible for this information is: Saija Tenhunen