A few days ago I took Manuel to the Veterinary hospital  (the 13th) to meet Dermatologist Niklas.

After I found the first signs, things have deteriorated rapidly.

We did not really need to discuss the matter…

Niklas looked through the coat and found dry spots in the neck hidden in the coarse thick coat. It is spreading – rapidly.

Of course a veterinarian still need to do his work in a certain order, so tests for “all kinds of other stuff” were ordered (vermin, demodex, thyroid gland issues etc.)

However, we both knew what kind of result we would get to those tests, that is  –  negative.

WHY still take a biopsy?

Even though neither I nor Niklas really needed a biopsy in order to know what Manuel was suffering from, we still decided to go for a biopsy, or rather biopsies.

1) So that people who in one way or another is in denial can see the result.
A “negative” result would not change the diagnoses to us.

2) Pure “scientific” reasons. So it became documentet by the insurance company and was added to breed-statistics.

The difficulty with biopsies

So many have taken biopsies before with result – negative. Then they had done it again, or it just has been so obvious it should have been positive. It requires knowledge about where, when and what to do.

Niklas, who Manuel is used to took care of him which was very important since Manuel is really scared at the big animal hospital we went to (he prefers a small clinic).

As I had planned on goiong for a trip with my sister since many weeks back in time, I could not pick him up. But Mikael could (otherwise I would have stayed at home). 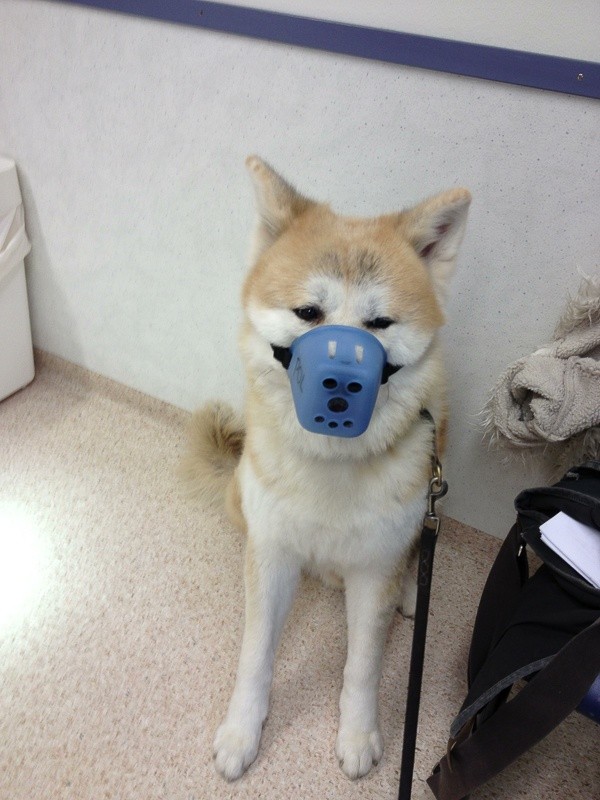