How the symptoms started

We decided to take Rocco off this course of medication

(Keep him on the food and baths) and find a more gentle alternative.

During this period Rocco developed what resembled blood blisters on his paws, I would treat these by bathing his feet in a medicated shampoo at night, I believe these are caused due to him licking and biting his paws because of his allergies (they become very itchy).

After doing considerable research on-line I found Akita owners were giving their dogs oil baths to treat a condition known as sebaceous adenitis a disease which had never been suggest to us by our vet and that had never been looked into despite Rocco displaying all of the symptoms.

During this bath a was able to dissolve all of the scabs which had attached themselves to his skin and which normal shampooing were unable to remove. You could also see the dark crusty covering on his skin loosening and took along all of the dead hair with it. One thing I would say is that don’t be afraid to really untangle the scabs from the hair, it did leave Rocco a little raw in areas however was best for him that they were removed (I cut off some where possible with scissors as well). 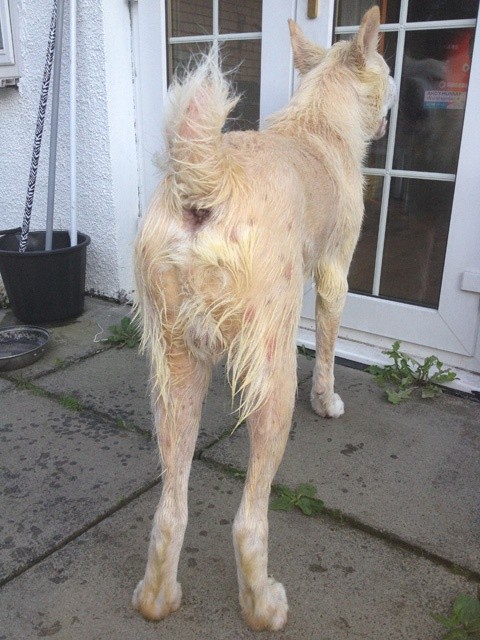 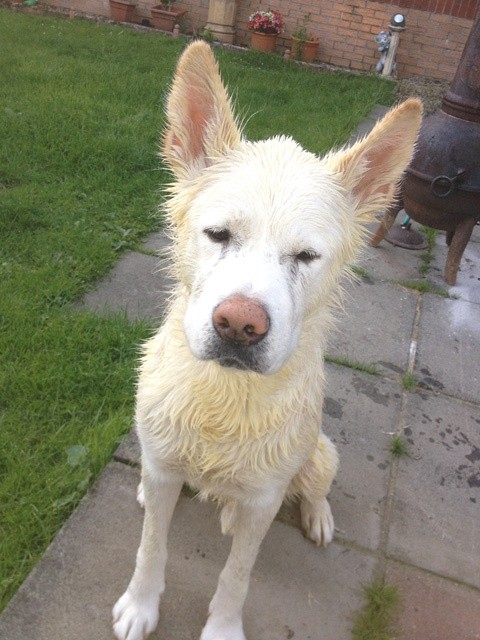 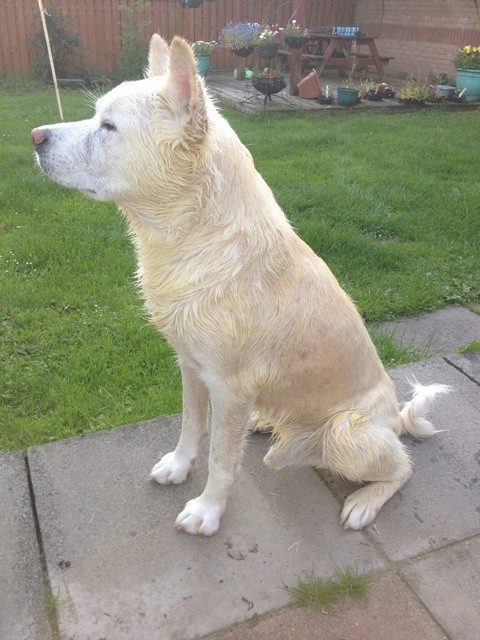 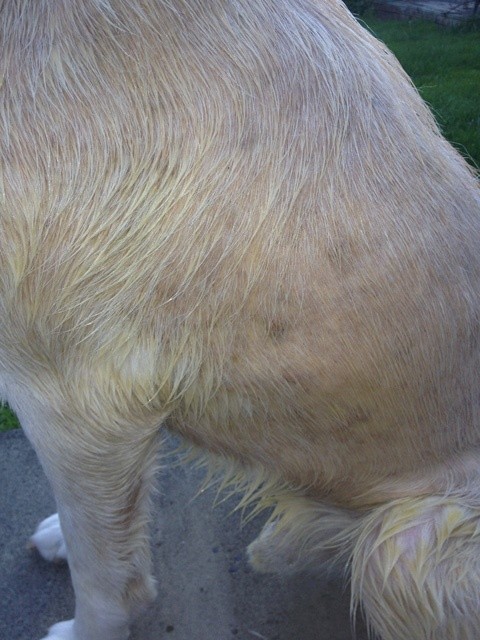 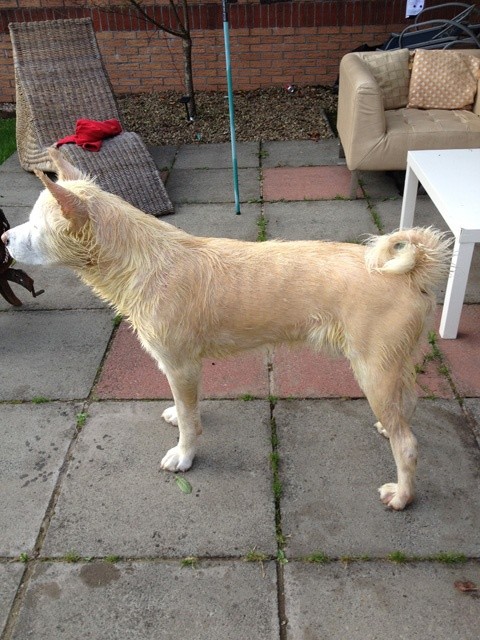 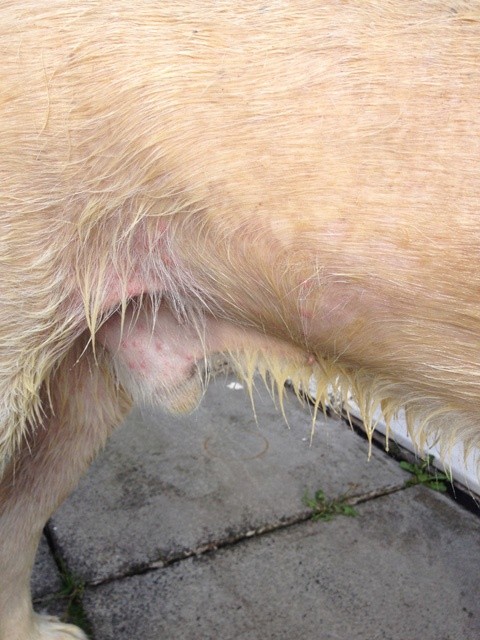 We immediately began to see results

His hair slowly but surely began to grow back, his tail which was once bare and covered in a large scab (which he would bite and then it would bleed) was now sprouting new hair!

I couldn’t believe it – something as simple as an oil bath could give these results!

We used extra virgin olive oil and even though the first time he did come out in red spots in places I think it was just an initial reaction and he hasn’t got them since. 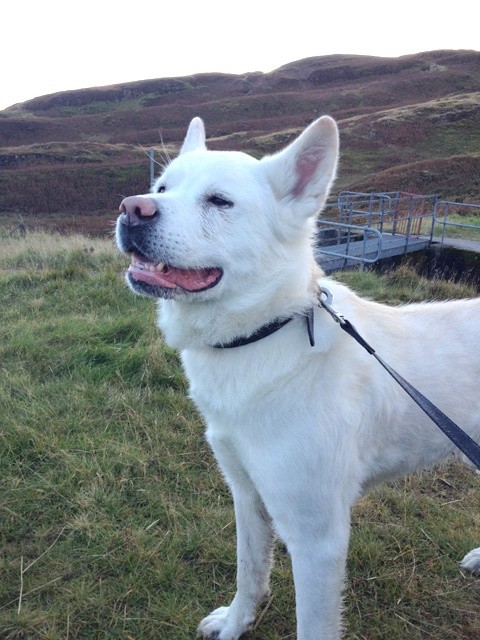 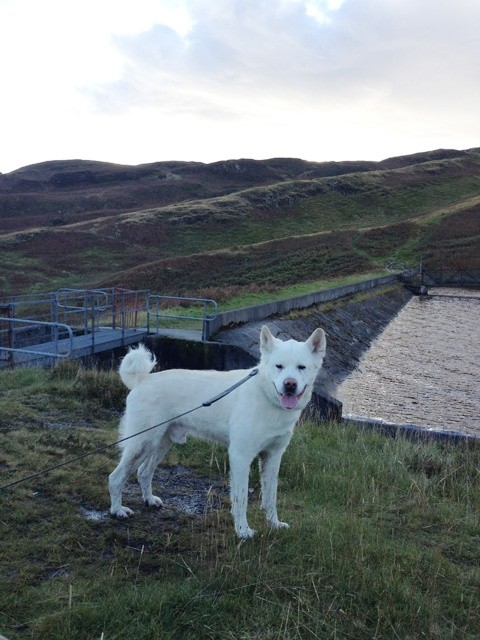