Before and after she had the scabs removed from her eyes. It was horrible, and I thought she was going to have to be put to sleep if it didn’t stop attacking her. It started attacking her head as well….. The last pic is after she had the scabs removed, and the swelling went down, but she had to wear that bucket for a long time afterwards. She went onto Atopica at this stage. This was the worst attack she’s had. All over her poor head and eyes. I had forgotten how nasty it can be. 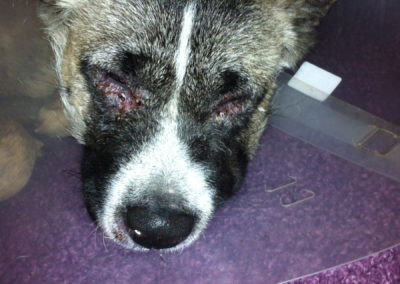 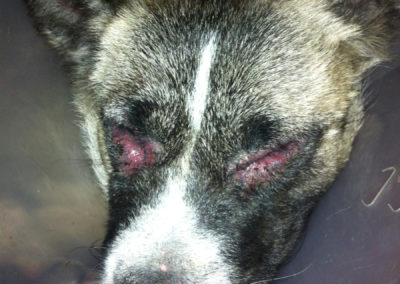 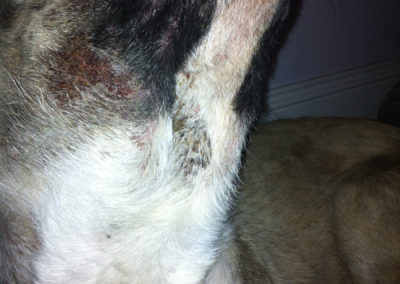 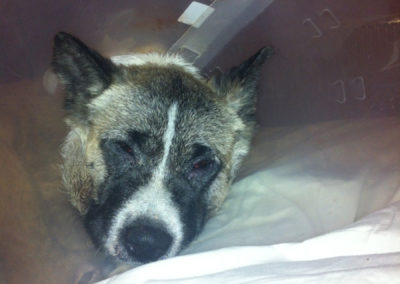